The Avant-Garde: A six-part series with artist and filmmaker Chris Welsby 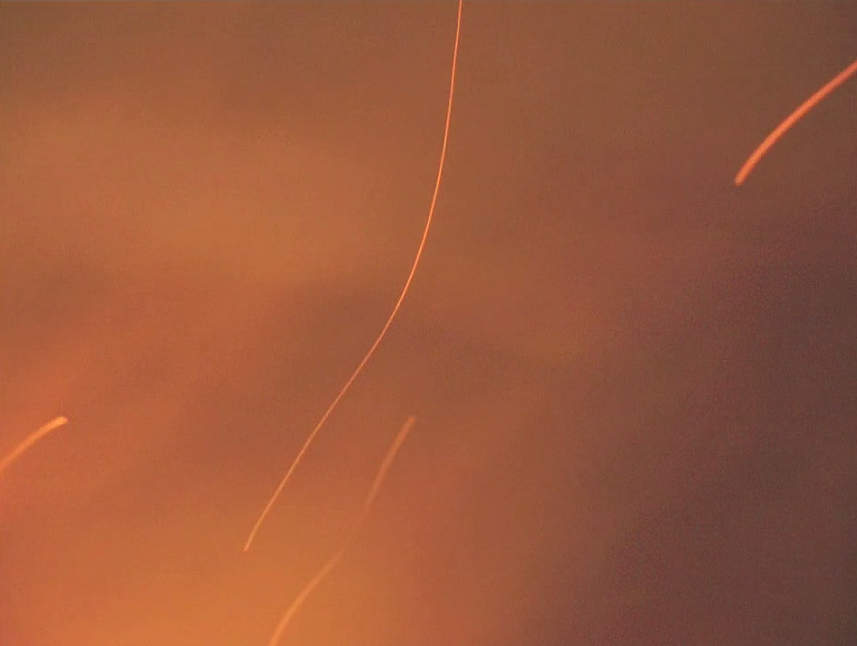 
Cineworks is excited to announce a six-part series on the history of avant-garde cinema with renowned experimental filmmaker, digital media, and installation artist, Chris Welsby.

With weekly Friday seminars in February and March (excluding Thursday, February 17), this series will explore moving image practices from the early European Avant-Garde movement to the emergence of Video Art in the 1960s, and New Media of the late 20th and early 21st centuries.

The general format for these events will include a lecture from Chris Welby, followed by screenings and an informal group discussion.

Join us in the Cineworks black box studio this Friday, February 11, from 5pm until 8pm, for the first session. Registration is free, but space is limited. 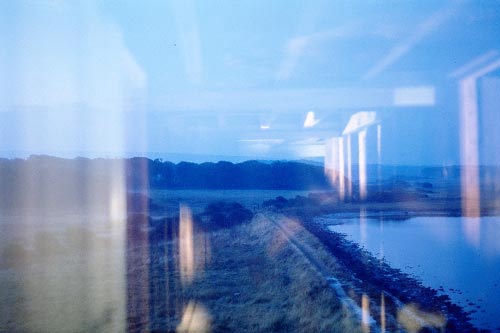 Chris Welsby will deliver his research paper, "Encounters with the Machine: Gallery Installation and New Media." Based on his lecture at the Tate Modern, this presentation traces the collapse of representation in the arts and sciences during the 20 th and early 21 st centuries. 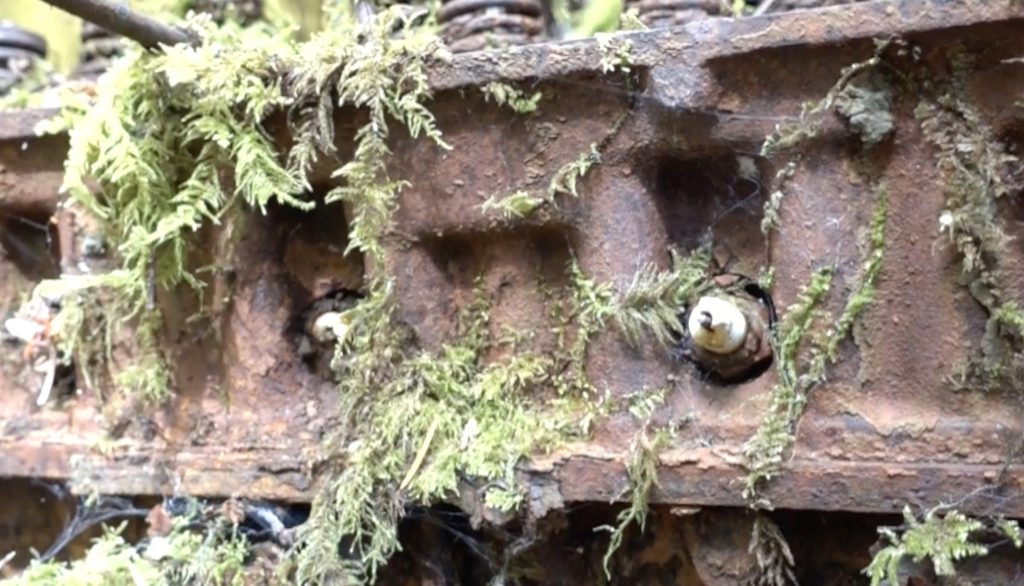 Chris Welsby (born in 1948) is a British/Canadian experimental filmmaker, digital media and installation artist. In the 1970s he was a member of the London Film-Makers' Co-op (now LUX film distributors), and co-founder of the Digital Media Studio (now Slade Centre for Electronic Media in Fine Art) at the Slade School of Fine Arts, UCL, London. He is considered one of the pioneers of expanded cinema and moving image installation, and was one of the first artists to exhibit film installations at the Tate and Hayward galleries in London. His expanded cinema works and installations continue to break new conceptual ground and attract critical attention. Since the mid 90s he has been making weather-driven digital media installations and has most recently made a series of video projects in Mexico. 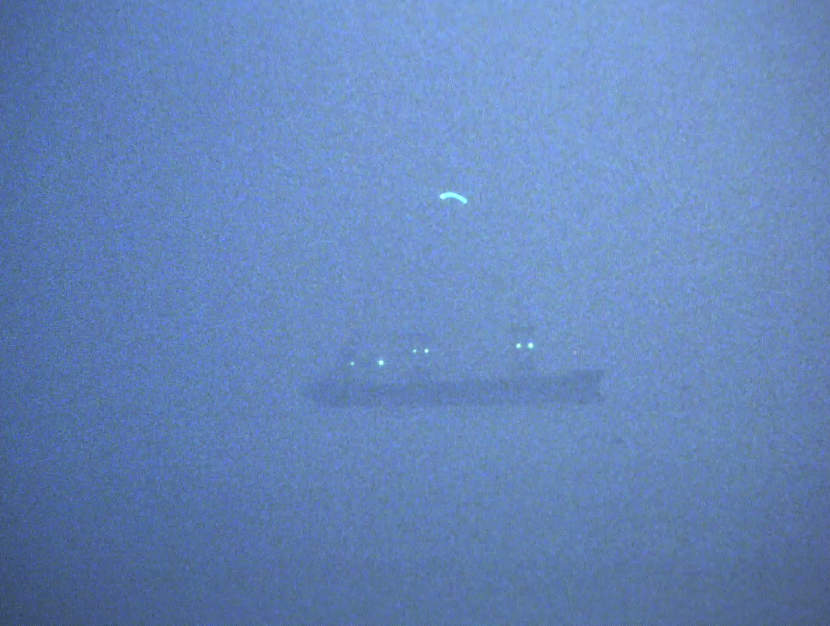 Welsby began making landscape films and installations in the early 70s, and although he has worked across a range of media, he has always concentrated on how we see ourselves in relation to the natural world—and how we position ourselves and our technologies within it. His art practice has been heavily influenced by Structural Materialist film theory at the London Film Makers Co-operative, and by cybernetic and systems theory at the Slade School of Fine Art, where, as a student and later as a faculty member, he came into contact with some of the pioneers of interactive technology and computer-driven art forms.

Since 1972, Welsby’s films have screened consistently in Cinémathèques and art galleries around the world. An early leader of moving images in the gallery, his expanded cinema works and installations from the 70s and 80s are gaining renewed attention by public and private galleries in Europe, North America, and Asia.

Between 1993 and 2014, Welsby made a number of weather-driven digital media installations, some of which were featured in his 2005 solo exhibition at the Institute of Contemporary Arts in Winnipeg, Canada, and his 2007 solo exhibition at the Letharby Gallery in London, UK. His recent video and new media collaborations with software programmer Brady Marks have been exhibited at the 2006 Images Festival in Toronto, the 2006 Gwangju Biennale in South Korea, the Singapore Biennale, and currently online and at MIRE gallery in Nantes, France.

From 2015-16, Welsby completed three new single-channel video works, including: Momentum, shot in a derelict hotel in Mexico; Entrance Island, shot near his home on Gabriola Island; and Desert Spring, which celebrates the fragile beauty of the Sonora Desert in Mexico.

Welsby has written a number of scholarly essays over the years, and has recently published two new articles—the first of which was based on his presentation at the Tate Modern’s symposium on Expanded Cinema (April 2009).

Graduate of the Experimental Media Department at the Slade School of Fine Art, University of London UK, Welsby holds the position of Professor Emeritus (Fine Arts Film and Electronic Imaging) from Simon Fraser University’s Faculty of Arts Science and Communication. He is a member of the Institute for Computing, Information, and Cognitive Systems at the University of British Columbia, Vancouver, and lives on a small island off the Pacific coast of Western Canada.

“Welsby’s extraordinary originality lies in the way that he harnesses these natural effects to those of the cinema, allowing one to enhance the other.”

“Welsby’s vision is unique in the context of the English Avant-Garde.”

“Welsby’s work makes it possible to envisage a different kind of relationship between science and art, in which observation is separated from surveillance, and technology from domination.”

“The primary achievement of the avant-garde cinema in this area has been to force a contemplation of the natural world in different mediations by the cinematic apparatus. The landscapes of the narrative cinema, as Eisenstein and Bazin suggest, are latent expressionistic theatres, confronting or echoing the minds of the human figures within them. The aleatoric magic Tarkovsky describes in Bergman’s The Virgin Spring (1960) ultimately confirms this version of the pathetic fallacy. But there is a fundamental change of aesthetic orientation when there is no actress in the scene, no body on which the snowflakes can land. Snow, Brakhage, Welsby and other landscape filmmakers have used cinema to look at the natural beauty of the world, and watching their films we share their surprise and excitement at the disjunctions and the meshings of the rhythms of the world and the temporality of the medium.”

“The significance of the landscape film arises from the fact that they assert the illusionism of cinema through the sensuality of landscape imagery, and simultaneously assert the material nature of the representational process which sustains the illusionism. It is the interdependence of those assertions which makes the films remarkable – the ‘shape’ and ‘content’ interact as a systematic whole.”

“In Chris Welsby’s work the camera is always an obvious presence, either directly visible or lurking off-screen. These days obvious allusions to production are too often shorthand for empty irony, signaling nothing but a twitch of postmodern conceit. But like Jacobs, Welsby – whose films were shown last month at Millennium – illustrates how self-reflexivity can still create a moral, aesthetic. And/or political imperative.”

“Ethics and aesthetics come together here… offering a tour de force unlike anything cinema had yet seen…”.

“With Shore Line, [Welsby] took the radical step of making a work designed for showing continuously in a gallery…”

“The visible is no longer a guarantee of absolute knowledge.”

“Just as the lens provided ways of seeing the world that could not previously be comprehended, so too does the computer… networking and data acquisition of digital processes create a different context of synchronicity and a-synchronicity.”

This series is free and will take place in the Cineworks black box studio at 1131 Howe Street. Our entrance is located in the back alley behind the Pacific Cinémathèque.

Space is limited. Although this event is free, registration is required. To reserve your spot, please email education@cineworks.ca.

As a waiting list is anticipated for this series, registrants who are unable to attend are asked to contact Cineworks at least 24-hours in advance so that we may offer the spot to someone else.

We wish to thank our generous funders for helping to make this event possible—Canada Council, BC Arts Council, the City of Vancouver, and BC Gaming.

Metered parking is available on the street, and several pay-parking lots are located nearby.

Proof of full vaccination and a piece of picture ID are required in order to attend this event.